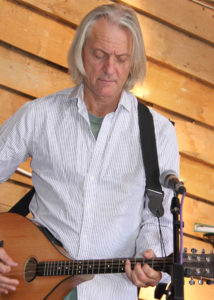 aying the clarinet before taking up the guitar. After studying classical guitar at college he then took up “folk” guitar. About the same time as he discovered various tunings, he started the Peterborough Big Band, continuing to be their musical director to the present. Having played in various folk dance and song bands, he is delighted to be a Pitmatic 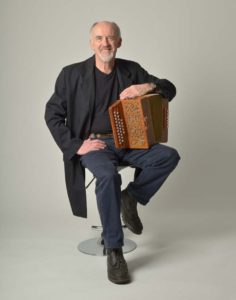 Phil is an actor/musician,  singer songwriter, director and playwright with a passion for all genres of folk and roots music on melodeon, concertina, fiddle, guitar, banjo and percussion. He has formed and played in many bands, including The Creole Brothers, KARA (with Daria Kulesh and Pete Morton) and  The Fishwives Choir. He trained for the stage with the National Theatre’s War Horse production and now tours his own stage show Boat Horse.  Career highlights include an appearance with Bill Bailey at Wembley Arena, The Edinburgh Jazz and Blues Festival, Glastonbury Rock Music Festival, BBC Breakfast TV and BBC TV Songs of Praise.

Ned Lawton
Our band leader Ned was a member of 70’s folk band Hartshead Pike based in Sheffield and then London. Whilst pursuing a career in the automotive industry for 30 years, Ned is still actively involved in musical theatre in the Luton area as Director, performer and set designer. He formed Bedfordshire based folk band Ragged Staff in 2008 and has more recently written 3 musicals based on life in the 1800’s and incorporating traditional and contemporary folk songs.

Denise Dryburgh
Denise started singing as a teenager in a successful all girl group DeLorelei and subsequently made her name on the folk circuit as a fine and powerful folk singer and session leader. She toured folks clubs and festivals between 2009-2014 as part of a harmony trio The Morning After. Since early 2018 she has been the percussionist in The Pitmatics and now also sings and plays percussion with Phil in their duo DryWood. 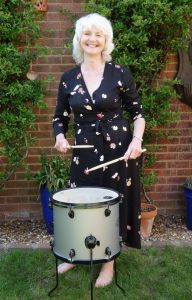